The New Insecurity in a Globalized World 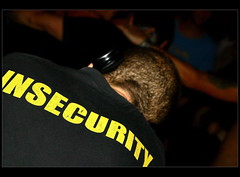 Writing for SustainableSsecurity.org, Elizabeth Wilke argues that a new conceptualization of insecurity and instability is needed in a world with greater and freer movement of goods, services and people – both legal and illicit – greater demands on weakening governments and the internationalization of local conflicts. The new insecurity is fundamentally derived from the responses of people and groups to greater uncertainty in an increasingly volatile world. Governments, and increasingly other actors need to recognize this in order to promote sustained stability in the long-term, locally and internationally.

Causes of Conflict: A Strategic Perspective on US–Sino Relations in the Caribbean 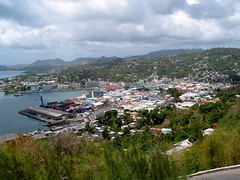 Author and former High Commissioner of Trinidad and Tobago to the Court of St. James, Serena Joseph-Harris writes that China’s increasing regional profile in the Caribbean highlights the challenges now posed to American exceptionalism as Beijing defines its own course in the region. This article focuses on the potential within the Caribbean Basin for the burgeoning proceeds presently derived from increases in the legitimate investment, trade, and commerce emanating from Beijing and Washington to become entwined with illicitly derived funds generated from transnational crime activities, specifically the trafficking of drugs. 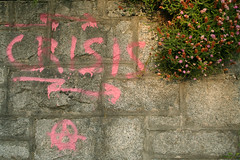 In a piece for the International Movement for a Just World, William Rees maps out a vision for what he calls ‘Survival 2100.’ The goal of such a strategy would be “to engineer the creation of a dynamic, more equitable steady-state economy that can satisfy at least the basic needs of the entire human family within the means of nature.” The alternative, Rees argues is to “succumb to more primitive emotions and survival instincts abetted by cognitive dissonance, collective denial, and global political inertia.”

Three Killings: an analysis of the ideologies driving Mohamed Merah, George Zimmerman, and the murderer of Shaima Alawadi

This article by Foreign Policy in Focus co-director John Feffer powerfully explores three recent and geographically diverse killings in the context of marginalisation. Feffer links the fatal beating of an Iraqi-born American woman in California, the shooting of Trayvon Martin in Florida, and Mohamed Merah’s killing spree in Toulouse to the notion of trespass: “The message behind all three is this: you should not be here, you are not one of us, and your death shall serve as a warning.”

Merah himself was a member of a minority in France that is still yet to fully realise its place in French society, but that is only part of the context in which he operated: his own sense of trespass came from an intolerant ideology shared with a borderless fringe, dictating that Muslims who join the western ‘enemy’ armed forces (or who simply become too western) put themselves beyond the pale in doing so. As such, the concept of trespass is not merely a question of geography but also incorporates trespass of the mind, which is equally deserving of punishment. Feffer notes that the vast majority of Al-Qaeda’s victims are Muslims, a clear example of self-appointed leaders punishing disloyal or failed members of their own group. Other examples of this conception of trespass include honour killings and the 2011 terrorist attack by Anders Behring Breivik, who believed that Norway had betrayed its Christian European roots and so was motivated to punish the young liberal inheritors of that transgressive philosophy.

Peacebuilding IN Europe? An analysis of how European peacebuilding efforts overseas could apply closer to home

EU attitudes to peacebuilding have always assumed that it essentially applies to other people, who live outside of the Union’s developed borders. However, since the financial crisis of 2008 and the austerity that followed, the certainties underpinning western models of aid and conflict-resolution have taken a knock from the riots and protest movements shaking cities from Athens to London. While not equating the various reactions and levels of violence across the continent, Dan Smith suggests in both this piece and a follow-up post that EU peacebuilding efforts would be well-directed inwards. In particular, he highlights a growing alienation from professionalised political systems, and how a very small number of actors can cause havoc against a background of marginalisation, both real and perceived. He therefore recommends that we focus our attention on the context against which people act, rather than on the actors themselves, because it is only through ‘mobilising social energy for building peace’ that individuals can find a place in society and disaffection can be tackled at its root cause.

Image Source: how will i ever

The Nigerian militant group Boko Haram has become one of the most potent examples of the ways in which underlying structural inequalities can drive political violence. The brutal attacks on 25 December last year are only the latest in a number of violent events linked to the group and fighting has continued over the last two months. Writing for Consultancy Africa Intelligence, Ronan Farrell discusses the emergence of Boko Haram against a backdrop of economic growth in Nigeria (on the back of high oil and gas prices) but extreme inequality.