"Mali: Why Western Intervention is destined to fail" - Sustainable security on Channel 4 News 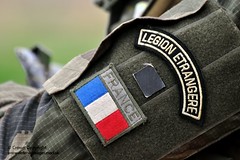 Britain is on standby and the US is already transporting French troops into Mali. But a new paper says the west is "betting on the wrong horse" by intervening in the region.

Now well over a decade after the beginning of the so-called war on terror, yet again, another western nation is leading a military intervention against Islamist paramilitaries based in a largely ungoverned region of a state in the Global South, write Anna Alissa Hitzemann and Ben Zala for the Oxford Research Group.

The hostage situation in Algeria that developed late last week is just the latest in a series of western hostage takings in recent years, demonstrating the increasing radicalisation of elements in the region.

The French-led intervention in Mali is only one of many in a growing list of attempts to control outbreaks of political violence and terrorism with military means.

As the intervention gathers pace, it is worth reflecting on the lessons from similar operations over the past decade or so. From the US-led interventions in Afghanistan and Iraq to the attempts to control Islamist-inspired political violence in Yemen, Nigeria and Somalia and separatist rebellions in Burma, Indonesia and elsewhere, the resort to military force has singularly failed to achieve the aims set for it.

Common to all of these examples is the reluctance to match military operations against rebel groups and insurgents with serious, long-term efforts to address the factors that underlie the feelings of resentment and marginalisation that drive such conflicts.

As the commentary and analysis of events in Mali follow the fortunes of the military battles of France and its other western and African allies, it is worthwhile examining the political, socio-economic and cultural divisions which have sparked the uprising in the north of Mali.

Background to the northern uprising

The factors that led to the current Malian crisis are complex but can largely be attributed to unintended consequences of the war against Gaddafi. It is clear that the 2011 crisis in Libya, followed by foreign intervention and Nato's military involvement, and the consequent fall of Gaddafi's regime, had a crucial role to play.

After losing the war in Libya, hundreds of Malian mercenaries (many of whom had been recruited among former Tuareg rebels) who had been an integral part of Gaddafi's army, returned home. They brought with them an arsenal of weapons and ammunition as well as experience.

These soldiers who returned to Mali from Libya played a key role in the formation of the largely Tuareg-led secular MNLA (Azawad National Liberation Movement), which in a matter of months, took over several key towns in the north of Mali, declaring an independent Azawad state.

The situation in the north of Mali led to widespread frustration within the military over the government's incompetence or unwillingness to deal with the issue and reclaim their territory. Ultimately, it led to the April 2012 military coup by Amadou Sanogo against Mali's elected government and president Amadou Toumanie Touré.

Interestingly enough, Sanogo himself had received extensive training by the United States as part of the $600m (£380m) spent by the US government in efforts to train military of the region to combat Islamic militancy.

The actions of the separatist MNLA group and the consequent military coup and inability of the Malian government and military forces to control the situation led to a violent conflict in Mali's north which includes four main groups: the secular MNLA and the religiously motivated AQMI (Al-Qaeda of the Islamic Maghreb), Ansar Dine and MUJAO (Movement for Unity and Jihad in West Africa).

AQIM, the group most closely linked to the international terrorist network Al-Qaeda, has been present in Mali for several years now, has taken several European hostages over the last few years and is said to be made up of mostly Algerians and Mauritanians with much financial support from abroad.

Tuareg rebellion and the paths not taken

The formation of the Tuareg-led MNLA movement and its desire for an independent Azawad state has in fact deep roots and a history going back to the first Tuareg rebellion of 1963. Tuaregs led significant armed struggle and resistant movements against colonisation by the French and later the central Malian government.

Long-term sustainable security and stability for Mali will not be possible without seriously addressing the long-standing and deep-seated grievances that stem from the marginalisation of the northern territories and their peoples.

The political, socio-economic, educational and cultural marginalisation of the north cannot be ignored. With the effects of climate change, increasing desertification and the government's reluctance to implement meaningful development programmes, Tuareg and other nomadic communities see no viable future and feel abandoned by the Malian state.

Grievances also stem from past brutal repressions of Tuareg movements, as well as the state's failure to adhere to the Algerian brokered peace agreements between Tuareg rebels and the government. Even after the Tuareg rebellions of the early to mid 1990s, the Malian government still remained unwilling or unable to implement the education programmes and development projects which were promised and are necessary to alleviate poverty and a deep sense of disenfranchisement.

It would have been wise to negotiate and come to an agreement with the MNLA at the early stages of the current crisis. Both Burkina Faso and Algeria pushed for a diplomatic solution to this crisis instead of military intervention.

Burkina Faso's president, Blaise Compaore, West Africa's mediator on the Malian crisis, had organised talks between MNLA, Ansar Dine and the Malian government in Ouagadougou in December. A ceasefire was agreed and all parties approved to adhere to further peaceful negotiations. T

he talks which had been planned to continue this January have now been interrupted due to the French military intervention in Mali. The chance of finding a solution to combating Islamic extremism in northern Mali would be significantly better if the Malian and French military sought a way of collaborating with the Tuaregs.

This is a challenging task but a task that is unavoidable over the long-term. It is the resentment towards the central government over the marginalisation of the northern territories and its population that in part has helped Islamists gain strength.