A new approach to ballistic missile defence in Europe? Demystifying the end of the ‘third site’ 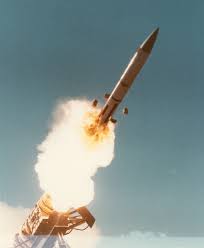 On 17th September last year President Barack Obama announced that the Pentagon would be cancelling the plan proposed by George W Bush to place long-range interceptor missiles and large X-band radar in Europe to counter the growing missile threat from Iran. The decision to end the ‘third site plan’ – so called because it would complement the existing missile defence assets in Alaska and California – has been widely perceived as marking something of a sea-change in US ballistic missile defence policy, with many viewing the announcement as a tangible manifestation of Obama’s pledge to renew US foreign policy by reining in a programme pursued so vigorously by his predecessor. But a closer examination of the decision reveals that the cancellation of the system may not in fact be as revolutionary as has been widely assumed, for whilst the third site plan has been terminated the ‘Phased Adaptive Approach’ to missile defence in Europe – the programme which replaces it – may in fact prove to a be larger, more comprehensive system, involving far more assets, and that is almost certain to become operational far quicker than the third site. Moreover there is strong reason to believe that many of the political and diplomatic – not to mention technological – problems that hampered the previous system will be prolonged if not exacerbated.

Whilst the third site plan had called for 10 long-range interceptor missiles to be placed in Poland and a large X-band radar in the Czech Republic sometime towards the end of the current decade, the ‘Phased Adaptive Approach’ announced by Obama envisages four stages of deployment beginning in 2011, relying primarily on the Aegis BMD system and the Standard-3 (SM-3) interceptor missile. The four stages of the plan are listed below:

(2) The second phase calls for fielding by 2015 a new SM-3 (Ib) interceptor missile both at sea and on land (at basis in Northern and Southern Europe), allowing for protection of a wider area against short and medium range ballistic missiles.

(3) The third phase of the plan would be to deploy by 2018 an even more powerful SM-3 (IIa) interceptor missile, in addition to previous deployments, that could be used against short, medium and intermediate range attacks against the entire European landmass.

(4) By 2020 phase four would see the deployment of the SM-3 (IIb) interceptor missile giving the system the capability to defend all of Europe and the United States against all types of ballistic missile threat.

Each stage in the plan will also involve the integration of advanced radar and sensor technology in cooperation with NATO allies in Europe, and even envisages the possible involvement of Russia.  However the White House has not ruled out the possibility of deploying long-range interceptors in Poland should changes in threat or technology require it.  As such, if the plan goes ahead as scheduled, the Phased, Adaptive Approach will provide the US with a considerable defensive architecture in Europe, potentially incorporating numerous radars and tracking facilities twinned with hundreds of interceptor missiles, which will be far superior in terms of size and capability than the third site proposal.  For example it is entirely likely that by 2015 – at least three years before the 10 interceptors in Poland would have become operational – around 40-50 SM-3 interceptors will be deployed both on land and at sea in Europe. Moreover, it is possible that by 2020 the Phased Adaptive Approach could include the 10 long-range interceptors planned under the third site proposal in addition to the architecture described above.

The major strength of the new plan is that it will prioritise assets that have performed well in testing to counter the most pressing and near term missile threats.  Moreover, the new plan could conceivably have positive ramifications for nonproliferation in the wider Europe-Middle East region by re-emphasizing the American security commitment to Europe, and possibly by dissuading countries in the region from pursuing nuclear weapons programmes. But there are also some obvious drawbacks.  The first potential implication of this plan is that it will cause problems with Russia, and we have seen recently that leaders in Moscow are wary of how the new plan will unfold. If the Phased Adaptive Approach goes ahead as scheduled by 2020 – and even before – Russian leaders will be presented with a far bigger theoretical challenge to their nuclear deterrent force than would have been the case with the third site.  The ramifications of this are hard to specify but it seems likely that many of the debates and diplomatic problems that surrounded the third site – including enlisting Russian support to deal with the Iranian nuclear question and pushing ahead with nuclear disarmament - will continue to hamper Obama’s wider foreign policy agenda.  With this in mind, and despite hopeful rhetoric from the Obama administration, the prospects for BMD cooperation with Russia appear equally bleak.

The real key to this new plan however might be more obvious than is realised by many commentators. By implication the wording of the Phased, Adaptive Approach points to the future flexibility of the system and the possibility that it could change substantially.  Even if we ignored the fundamentally central issue of technology – most variants of the SM-3 highlighted above have not yet begun testing, and even the most basic version does not possess a perfect testing record – the programme will undoubtedly be influenced by future defence spending requirements, other strategic foreign policy goals, and most importantly by developments in the Iranian (or other) ballistic missile capability.  It is this inbuilt flexibility that suggests that although the new plan has been presented as a key piece of administration policy, the same officials would have little problem abandoning it if more propitious circumstances were to present themselves.

Far from representing a major change in US BMD policy, the end of the third site and its replacement with the Phased, Adaptive Approach should perhaps be understood more as a qualified refinement – a change in apparatus and focus rather than strategic goal.  As such it is hard to see how the new system will be able to escape the diplomatic and strategic problems associated with the third site plan if it goes ahead as intended.

Andrew Futter is a PhD candidate in the Department of Political Science and International Studies at the University of Birmingham.